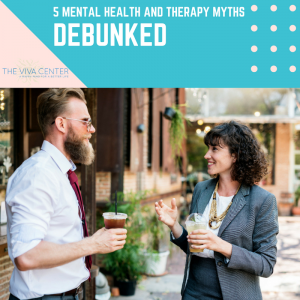 Mental health problems are costly—not just in terms of the money (though the global cost of mental health care was estimated to be a whopping $2.5 trillion in 2010), but in terms of time, energy, and life satisfaction. Debilitating psychological symptoms like fatigue, irritability, and the inability to feel joy are often compounded by comorbid physiological problems, such as an increased risk of developing chronic conditions like cardiovascular disease and cancer. These combined symptoms can make it difficult for those who struggle with their mental health to live stable and satisfactory lives.

Despite the costs exacted by psychological conditions, in 2016, only 41% of adults with a mental health issue received any form of treatment. Long wait times and a lack of accessible care are a few reasons why people fail to seek clinical support, but some of the most insidious barriers between individuals and mental health care are the toxic myths that have sprung up around both psychological health and the therapeutic process.

Stigmatizing myths about therapy and mental illness–such as the conceits that people with mental health issues are “crazy,” or that therapy is a never ending process—are, as therapist Noah Rubenstein puts it, “common reasons people dismiss or avoid” treatment. The stigmatization of mental illness can make individuals who struggle with their psychological health feel separate from the rest of society, causing feelings of shame or isolation.  Such shame leads many people to distance themselves from their psychological concerns, downplaying the severity of their symptoms and choosing not to seek treatment.

Yet the myths surrounding mental illness and therapy are just that—myths. By debunking them, we can empower ourselves to rise to the challenge of seeking the therapeutic treatment we need and deserve.

Myth 1: Only “Crazy” or “Weak” People Have Mental Health Problems

We may perceive our mental health concerns as issues that set us apart from the rest of society, but in reality, psychological challenges are extremely common. According to the National Alliance on Mental Illness, 1 in 5 adults (18.5%) experience mental illness in a given year. Plus, 1 in 25 cases (4%) are serious enough to substantially interfere with daily life. In other words, if you work in an office with 30 people, five (or, technically, 5.55) of those people will be dealing with a mental health issue in any given year. 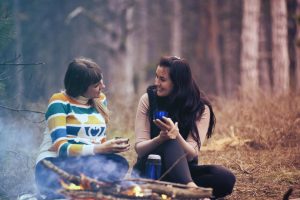 It’s not difficult to imagine being one of those 5 employees, and perhaps feeling isolated and stigmatized because of a mental health concern. Yet the aforementioned statistics have shown us that those suffering from psychological disorders are far from alone. What’s more, psychological concerns are becoming more  normalized in the media, with many influencers speaking out on the topic of mental health and spreading awareness of its normalcy.

Prince Harry of Wales, Beyoncé, and Selena Gomez are just a few of the public figures who have recently opened up about their struggles with psychological wellness. Their efforts are a part of a larger societal movement to destigmatize mental illness and encourage people to seek treatment. Seeing individuals as influential and successful as those mentioned above—British royalty, a 22-time Grammy winner, and the most followed person in the history of Instagram, respectively—deal with mental health concerns does much to prove that mental illness a) is extremely common and b) does not stop those who deal with it from being hard-working, accomplished, admirable human beings.

Myth 2: Therapy is for “Extreme” Problems

Another myth is that therapy is only for those experiencing immediate and severe health crises. It’s easy to understand how this idea spread; in films, television, and other forms of media, we don’t tend to see people seeking psychological treatment unless they’re being hospitalized, like in Girl, Interrupted, or they’re in a life-threatening situation, as in Big Little Lies.

Despite the more dramatic depictions of therapy in the media, clinical psychologist Ryan Howes notes that people seek treatment for myriad, everyday reasons, such as “to cope with disorders, relationships, stress, [and] grief,” and “to figure out who they are and learn to live life to the fullest.” Therapists are certainly trained to work with clients who are experiencing major and immediate concerns, but they also work with clients on everyday struggles like confidence, communication skills, sleep concerns, and more.

As the American Psychological Association says, “Anyone can benefit from psychotherapy,” no matter the severity of their condition.

Myth 3: Therapy Won’t Help You Get Better, or It Will Take Years to Work

When you’ve struggled with mental health concerns for much of your life, it can be hard to believe things will ever improve. It’s surprising, then, to discover that the success rate of treatment in some disorders is very high. 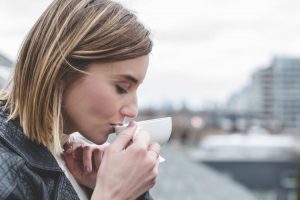 The American Psychological Association affirms that psychotherapy is proven to result in positive changes for at least 75% of those who undergo it. Some people begin to feel better in as few as six sessions. Treatment can occur at an even faster rate when using brain-based therapies such as EMDR, since those directly target the neurological activity associated with various mental health concerns.

In describing their experience with therapy, one Viva Center patient (for anonymity purposes, we’ll refer to them as “L”) stated that their treatment led to a “significant transformation” in their life. “As a result,” L explained, “I am living the life that is right for me.” As L demonstrated, significant improvement via therapy is completely attainable. Even better, it doesn’t have to take a lifetime to achieve.

Myth 4: Therapy is Just Lying on a Couch and Complaining

When we picture therapy, we often picture one person lying on a couch, talking to a therapist about their childhood. In reality, therapy can take many forms, some of which don’t even involve talking. Creative arts therapy, brain-based therapy (EMDR, Neurofeedback, Brainspotting), and mindfulness therapy may involve painting, working with specific neural networks via brain mapping, and meditation, respectively. Likewise, body-based therapy may involve body-centric methods like yoga or reiki. If you don’t feel comfortable speaking about your experiences or struggle to communicate verbally, these are just a few of the many therapeutic options.

Even therapies that do involve conversation are rooted in well-researched psychological schools of thought. You won’t just be ranting to your therapist at random—rather, your clinician may guide you through the cognitive-behavioral process of identifying automatic negative thought patterns, or the psychodynamic process of recognizing and analyzing defense mechanisms. If one form of talk therapy doesn’t work for you, there are many others that may better suit your needs.

A good therapist will tailor your therapeutic experience to your unique needs and preferences, meaning that your treatments will be thoughtfully designed.

Therapy is a scientifically backed form of mental health treatment that millions of people benefit from every year. Having educated yourself about what’s true and false in the world of mental health care, you have the power to take your health into your own hands.

If you have any other questions about various mental health and therapy related myths or would like more information about the modalities described above, feel free to contact us at info@vivapartnership.com. We’d love to support you through every step of your journey. 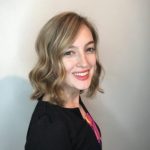 Lilly McGee is Viva’s Director of Operations and Communication and supervisor of the Resilient Brain Project. A published poet, she enjoys writing about mental health, literature, and identity. Other blogs include What is Trauma-Informed Care and The Difficulties and Joys of Going Gray.