Sleep is supposed to be restful; yet when we’re having a nightmare, it’s anything but. Whether we’re being terrorized by a fictional monster (that girl from The Ring, anyone?) or grieving a dreamed loss, nightmares steal our energy away rather than restoring it. So why do we have nightmares? And how can we reduce their severity or frequency?

Psychology Today defines nightmares as dreams that evoke “fear, anxiety, or sadness.” They occur during the “rapid eye movement” (REM) stage of sleep, often later in the night, and tend to awaken the sleeper; common themes include falling, losing one’s teeth, and being unprepared for an exam.

For 1 percent of the population, nightmares occur so frequently and are so debilitating that one may be diagnosed with nightmare disorder, the criteria for which includes:

While you may not be dealing with a full-fledged nightmare disorder, unpleasant dreams can still give you plenty of grief and leave you feeling exhausted. It’s understandable that you would want to figure out what might be causing your nightmares so that you can treat the issue.

What Do Our Nightmares Mean?

According to clinician Jacky Casumbal, “Dreams are our brain’s way of organizing events of the day, memories, and images into vivid, symbolic, and nonsensical storylines.” Nightmares in particular are “dreams that are often connected to unresolved anxiety and trauma that our brain has not fully worked through.”

Indeed, studies suggest that nightmares are often linked to unmet psychological needs and/or frustration with life experiences. Yet those links aren’t always easy to make—except in cases of trauma (discussed below), our nightmares tend to reflect our troubles through metaphor rather than literal representation. For example, a person who is dealing with a stressful move might not dream of the move itself, but about falling off the edge of a cliff or running late to an important event. Likewise, two people may experience similar nightmares (about, say, finding themselves naked in a public space) but for wildly different reasons. These variations can make it difficult to find a single, clear “meaning” behind our dreams.

Yet that hasn’t stopped people from trying. Several sources have theorized about the meanings of certain, common nightmares, and some of their conclusions are easy to get on board with. We can all understand why many researchers believe that dreams about being chased are directly linked to experiences of anxiety, or that dreams about being in an out-of-control vehicle reflect a lack of control in one’s life. Yet no two people’s minds or experiences are the same, so the best way to figure out why you keep dreaming about, say, being attacked by birds or getting lost in a maze, is to think it through yourself.

Try asking yourself the following questions:

If you work with a therapist, they can help you parse through any details of your nightmares. Together, you may pick up on recurring patterns in the content or timing of your bad dreams. Outside of therapy, you can try to keep track of recurring themes in a dream journal. Either way, you’re certain to make some new and interesting observations about how your emotions influence your thoughts, and vice versa.

How can we reduce our nightmares?

There’s no cure-all solution for bad dreams, but clinicians have developed exercises to reduce their frequency and severity.

When it comes to getting relief from nightmares, Jacky recommends utilizing calming strategies like “deep, diaphragmatic breathing,” which stimulates the vagus nerve (which is associated with our parasympathetic nervous system, or our ‘calming’ system). “One helpful breathing technique that I use often with clients is inhaling for 4 counts, holding that breath for 7 counts, and then exhaling for 8 counts. You then repeat this activity two more times.” This technique can be particularly helpful with practiced immediately before going to bed. 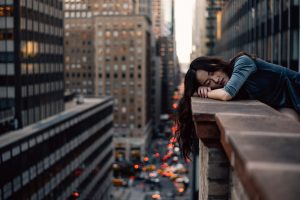 Other clinicians recommend Image Rehearsal Therapy (IRT), a cognitive therapy that involves writing down the contents of one’s nightmare and then rewriting the ending in a positive light. For example, someone who dreams of being chased may write themselves finally reaching freedom, or discovering that the person “chasing” them was a friend who was actually trying to help them. The individual would then rehearse this narrative before bed with the aim of displacing the unwanted, negative ending. Studies suggest that this form of therapy can be effective in reducing both nightmare frequency and the degree of distress it causes.

Then there’s Progressive Deep Muscle Relaxation (PDMR), which you can practice immediately before going to bed. PDMR involves tensing and then relaxing one part of your body at a time, typically starting at the top (your scalp) and ending at the bottom (your toes). Studies indicate that as many as 80 percent of those who practice PMDR experience nightmare reduction within 25 weeks.

There are a variety of additional options, as diverse as the content of our nightmares themselves—you may find that you prefer meditation, keeping fresh lavender by your bed, or just generally practicing good sleep hygiene (not using caffeine or electronics before bed, keeping your bedtime consistent, etc). We encourage you to explore which method is best for you.

How Are Nightmares Connected to Trauma?

It’s worth noting, especially for those of us coping with trauma, that sometimes our nightmares are about more than just daily stressors. Those who’ve experienced trauma often deal with distressing and recurrent nightmares that interfere with their health and functioning.

A study from the University of Pittsburgh Medical School found that up to 80 percent of people experiencing PTSD cope with “frequent nightmares,” as opposed to 5 percent of the general population. Unlike our more metaphorical, stress-related nightmares, traumatic nightmares often feature elements “similar” to those of the trauma itself. For example, someone who has experienced a natural disaster might dream of high winds, flames, or being trapped in a flooding space. At times, traumatic nightmares can even take the form of a “replay” of the traumatic event, making us feel as though we’re reliving the experience or watching it on television. 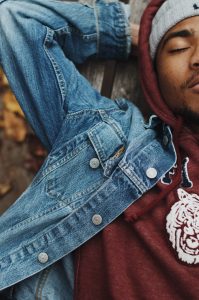 As one might expect, the most effective form of treatment for traumatic nightmares is one that targets trauma and/or PTSD directly. This typically involves working with a trauma-informed therapist who has extensive experience working with nightmares and other common post-traumatic responses such as trouble sleeping, flashbacks, and hyperawareness. Your therapist can also work with you around a concept called the “window of tolerance,” which Jacky describes as “the state you’re in when you’re cool, calm, and collected,” not in the midst of debilitating post-traumatic symptoms.

“When you are outside the window of tolerance,” as many people experiencing post-traumatic symptoms are, “you are either hyperaroused (anxious, restless, overwhelmed, etc.) or hypoaroused (depressed, numb, lacking energy, etc.). A trauma-informed therapist can gently work with you to help you recognize when you are outside your window of tolerance and implement calming strategies in order to get you back into it.” These calming strategies can soothe symptoms, leading to “more restful sleep.”

For any information about finding a trauma-informed therapist, what to expect in post-traumatic treatment, or the different treatment avenues you can take, feel free to contact us any time at info@vivapartnership.com.

What do you constantly find yourself dreaming about? Have you noticed any patterns? As always, we love to hear from you.

The Connection Between Anxiety & Sleep Disturbances
Next Post: Boost Your Brain Health