My journey with music started during my freshman year of college. It was the beginning of what I’d been told would be the “best four years of my life.”

Despite what I’d heard, my transition from high school to college was less than enjoyable. In high school, I was not very academically motivated. Yet when I got to college, I felt an overwhelming pressure to be perfect, get top grades, and outperform my peers. I was terrified of getting anything lower than a “B” in any of my classes. To me, a “B” could lead to a “C” which could lead to a “D,” which could lead to a failing grade, which could get me kicked out of school and ruin my aspirations of becoming a doctor. These thoughts ran through my mind like songs on a radio station that I could never turn off.

As a result, my sleep suffered and so did my physical health. It would take me 4-5 hours just to calm my mind and fall asleep. There were about two weeks where I would be up for 20-hours at a time, with occasional naps sprinkled in. I knew I had to make a change.

Then, one day, I picked up my violin. I played one of the first songs I’d ever learned: “Twinkle, Twinkle, Little Star.” For the next 30 minutes, I became absorbed playing different variations on this “simple” tune. Afterward, I felt calmer, more relaxed, and less tense.

I knew that there was a connection between playing music and feeling better, but what was it? That’s when I did a little digging. 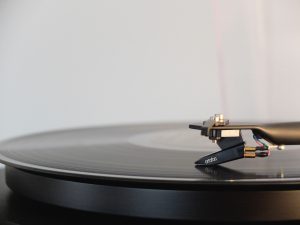 Music therapy is defined as “the use of music to address the physical, emotional, cognitive, and social needs” of groups or individuals. It can include playing or listening to music, writing songs, or doing guided imagery.

Music therapy degrees are available to grads and undergrads, and all music therapists have to pass a rigorous certification. Practitioners work to address emotional issues, such as depression or grief, to cognitive conditions like Parkinson’s and Alzheimer’s.

The Evidence for Music Therapy

Here are just a few of the fascinating findings on music therapy:

There are many reasons why music is good for us. For one, it lowers levels of the stress hormone cortisol, and increases production of antibodies that boost the immune system. Researchers are also looking into the potential benefits of musical vibrations, testing whether they may be able to ease the symptoms of conditions like Parkinson’s, fibromyalgia, and depression.

No matter what the cause, music therapy shows promise in the treatment of many conditions.

It’s been almost 10 months since I first used music to help manage my ​stress​ and ​anxiety​. Now music is a bigger part of my life than ever before. Whether I’m on a car ride, doing work, or just lounging around , I listen or play music whenever I can. I still deal with occasional ​anxiety, but music has given me a useful and healthy outlet during challenging times.

If you’re interested in learning more about music therapy, the American Music Therapy Association website has tons of valuable information and resources. We also encourage you to check out Viva-curated  playlists on the Resilient Brain Project that address topics such as stress, relationships, and grief. Have a song you’d like us to add? Let us know.

What are your experiences with music? What is its relationship with your mood? We’d love to hear from you.

CPV is a student studying psychology in Boston. She has joined orchestra, knowing that the stresses of the school year will be easier to manage with music as her secret weapon. She plans to earn a minor in music.

Crazy Ex-Girlfriend and Unhealthy Relationship Patterns
Next Post: 4 Tips for Becoming a Grandparent