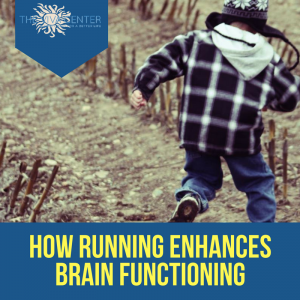 We already know that running is “an excellent means of conditioning the cardiovascular system.” Recently, running has also been associated with positive developments in the mind. These include higher rates of  growth, improved emotional control, and enhanced abilities. These aren’t the type of benefits we usually discuss when promoting physical activity, yet they have great potential for improving our daily lives.

Neurogenesis refers to the growth and development of neurons. This process improves the way our brains function.

A 2016 Finnish study found that sustained aerobic exercise leads to neurogenesis. This in turn can enhance our memory.

The connection between running and memory was examined more closely in the following Cambridge study. Researchers housed 20 mice in spaces where they had regular access to food and water. Half of the mice were also given access to a running wheel, while the other half had no exercise tools whatsoever.

Researchers then tested the mice’s memory skills based on their ability to remember which part of a screen they needed to touch in order to receive food. They found that when opportunities to touch the screen were presented in close proximity to one another, the mice who’d had access to running wheels performed significantly better. The study suggested that aerobic exercise enhances the functioning of our brain’s memory centers.

Research also suggests that aerobic exercise helps us regulate our emotions. In a 2015 study, Emily Bernstein and Richard McNally asked a group of volunteers whether they typically responded well or poorly to negative stimuli. They then asked the participants to either jog or stretch for 30 minutes; afterwards, the volunteers were exposed to a sad film clip.

While the participants who’d identified as struggling to handle negative emotions did seem to be more affected by the clip, the degree to which they were affected was reduced if they had spent the previous half-hour jogging rather than stretching. Bernstein and McNally concluded that “moderate aerobic exercise appears to have helped those participants…to be less susceptible to the impacts” of the film. 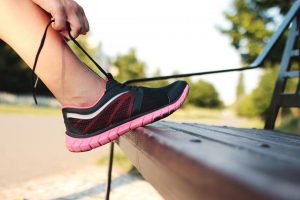 It’s also widely known that exercise releases endorphins, AKA “feel good chemicals,” to the brain. The phrase “runner’s high” is often used to describe the elevated mood runners feel as a result of this release. Further, the accomplishment of completing a difficult run or feeling more “in shape” can have its own positive, psychological effects that serve to enhance a person’s mood.

In an article for Neurobiology of Learning and Memory, Bernward Winter describes an experiment in which he tested participants’ ability to learn made-up words after either 2 sprints, 40 minutes of gentle running, or a period of resting. The participants who engaged in sprints learned the new words 20 percent faster than their counterparts, and showed superior retention when they were tested again a week later.

The takeaway? Next time you have a major presentation to prepare for, you might want to get a quick sprint in beforehand.

All of this new information showcases the deep relationship between our brains and bodies. Running isn’t the only way to reap benefits from that connection—Eye Movement Desensitization and Reprocessing (EMDR) utilizes the links between sensory stimulation and our past memories/experiences, and cognitive-behavioral therapies (CBT) often involve examining our physical responses to stressors (sweaty hands, increased heart rate) and developing new coping methods.

How do certain physical activities affect your mood? Does yoga soothe your stress? Does weight-lifting increase your sense of motivation? How about simply resting—-does it make you feel energized, relaxed, open to new experiences, etc?

We encourage you to examine the connections between your physical activity and your mental wellbeing, either on your own or with the guidance of a professional mind or bodyworker.

Not sure which activity to start with? Consider the matter over a quick jog.

Feeling SAD? All About Seasonal Affective Disorder
Next Post: How to Get Relief from Chronic Pain