As a note, while there are many real and diverse types of “male,” “female,” and nonbinary bodies, this piece’s discussion of female bodies largely focuses on cisgendered bodies The objectification of transgender and agender individuals is another important topic, which you can learn more about via studies like this one on transgender people of color’s experiences of sexual objectification, or articles like this one about how a focus on surgery reduces transgender people to just bodies.

What is sexual objectification?

The Headless Women of Hollywood

Have you heard of the “Headless Women of Hollywood?” No, it’s not the name of a low-budget horror film—it’s a twitter account started by comedian Marcia Belsky, which calls attention to the Hollywood trend of featuring women’s headless bodies in their advertising materials. The goal of the project, Belsky states, “is to show how female sexuality is fragmented and sold to us in parts, so that our bodies become interchangeable for men and marketed without our pleasure in mind.”

In other words, Belsky is shining a light on the ways in which the (cisgendered) female body is objectified and used as a tool to sell films. While there are many types of objectification, her project looks specifically at sexual objectification, which occurs when people are portrayed “solely as de-personalised objects of desire instead of as individuals with complex personalities and desires/plans of their own.”

Why does objectification matter?

Unsurprisingly, treating people and their bodies like objects can have negative consequences on mental health. Studies show that exposure to sexual objectification has been linked with depression, eating disorders, and low self-confidence. Further, it disrupts the development of a healthy sexual identity. This leads to “diminished sexual health” as measured by condom use and sexual assertiveness. This puts individuals at greater risk of obtaining STIs or STDs and becoming pregnant.

On top of that, objectification can diminish cognitive performance. In one study, college students were asked to complete a math exam while trying on and evaluating one of two clothing items: a swimsuit, or a sweater. The study found that women who wore swimsuits performed significantly worse on the exam than those with sweaters. Interestingly, men had similar scores regardless of their clothing.

While it’s difficult to determine exactly why this is, researchers believe that something about asking women to evaluate themselves in the swimsuits (thereby objectifying themselves) disrupted their mental capacity. This makes sense when you think about the emotions we often associate with self-objectification, or evaluating our own bodies. Sadly, they often include shame, anxiety, and even disgust. Taking a test while those emotions are coursing through your system would almost certainly have a negative impact on your performance. 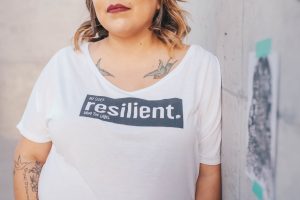 Study results aside, how many of us want to be thought of as objects for other people’s use rather than as people with unique personalities and feelings? Even those of us who enjoy sexual submissiveness deserve the right to choose that submissiveness, and to engage in it when we feel like it. So how can we stop sexual objectification in its tracks?

How To Fight Objectification

Have you ever seen the documentary “Miss Representation?” This 2011 documentary about how mainstream media contributes to societal sexism made a major impact just by bringing the issue of objectification to more people’s awareness. We too can start conversations with our friends, students, and coworkers to create an atmosphere of knowledge and empowerment.

Is your friend raving about a video game where the female characters are all passive and scantily clad? Speak up about how this is a problem. Are you a parent noticing patterns of sexual objectification on TV? The American Psychological Association recommends having an honest talk with your child about what you’re observing and why you’re concerned about it. Increasing a child’s awareness of media manipulation will make them less susceptible to it.

We can also practice critically assessing the media we consume. This doesn’t mean we have to cut all media that contains any form of objectification out of our lives. It just means we should approach it with a critical eye, distinguishing between its socialized ideals and our reality.

One way of judging whether women are being objectified in film is to use the “Bechdel test.” A show or movie passes the test if, at any point, two female characters have a conversation with one another about anything other than a man. You might be surprised at how many movies flunk this exam.

Check in With Yourself

Finally, it’s important to be mindful of how you have been or are being impacted by objectification. This can be a difficult, painful issue to navigate, and you don’t have to do so alone. If you’re struggling to cope with the effect it has on your mood, identity, or sexual behavior, we recommend seeking guidance from a trauma-informed therapist, or a clinician who has received specific training in sexuality and/or discrimination. If you have any questions about finding the right clinician, feel free to contact us at info@vivapartnership.com.

Have you seen the effects of sexual objectification in our culture? What are some ways you combat it? We would love to hear from you on Twitter (and so, we bet, would Marcia Belsky)! 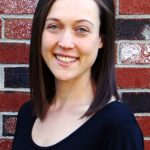 Erin Ross, MS OTR/L is an occupational therapist and an aspiring science writer in DC. She believes in evidence-based practice, clear communication in healthcare, and diligent inclusion of the Oxford comma.

What is Bisexual Erasure?
Next Post: Could I Benefit From Sex Therapy?