For better or worse, our sibling relationships can be among the most influential in our lives. Author and professor Geoffrey Grief notes that they are sometimes the longest relationships we have, outlasting those with our parents or spouses. Others describe siblings as “witnesses” to our experiences, people who’ve known both the names of our first stuffed toy and our first child.

Studies suggest that satisfactory sibling contact later in life correlates to increased health and positive mood. Yet it’s not easy to gain or maintain closeness as adults, especially when our lives take us physically and emotionally far away from one another. Most of us are no longer able to simply walk across the living room to see a sibling—now, we might need to take a plane. Further, longstanding conflicts can prevent us from getting in touch even when we’d like to.

For those of us who’d like to reconnect with our siblings or improve our relationships, how can we do it? Here are a few methods that might work.

Our relationships with our siblings are fluid, which can be a blessing and a curse. When we’re young, we might alternate from being best friends to worst enemies in a matter of minutes. Likewise, as our lives progress, the ways we relate to our siblings change. In a study with Michael E. Woolley, Grief found that 70 percent of the siblings he surveyed described their relationships as “changed” when they grew older. 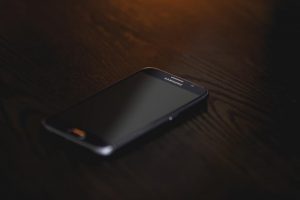 Sometimes, these changes involve physical and emotional distance. How can we become closer to a sibling who we may not see or speak to as often as we’d like?

Deborah Tannen, author of You Were Always Mom’s Favorite, recommends sitting down and scheduling time to speak with our siblings. This way, we can’t keep putting our relationship off for another day. This scheduled time may look like dinner, a coffee break, or eve

n just a phone call—what matters is that we’re dedicating that time to communicating with our siblings.

Another way to remain a regular in our siblings’ lives is to make some choice “cameo appearances.” This means showing up not only for the big events like weddings or graduations, but also for the occasional smaller events, like a happy hour for a sibling who ran a 5K, or a niece or nephew’s school musical. Celebrating these everyday achievements will probably mean a lot to your sibling, and will make you an everyday part of their life.

Distance isn’t always the issue. Political differences and other concerns can make it difficult to communicate healthily. In those instances, professionals suggested the following.

One memorable family, Grief tells us, made it a rule to “assume the positive” about one another. This meant that whenever one member of the family said something negative, the others decided to interpret it positively, imbuing the comment with good motives. 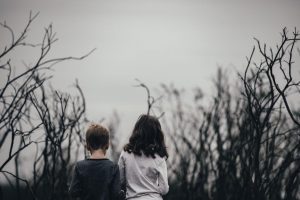 For instance, if one sibling criticized the other’s work, rather than t

aking it negatively, the criticized sibling would interpret it as, “They care about the quality of my work and believe I can do better. They said that because they care about me and want me to put out the best material that I can.”

Sometimes it’s not just intention that causes conflict, however—problems can also arise from discussions of hot-button issues. In his research, Grief found that topics siblings tend to have the most trouble with include sex and money. Issues of inheritance or sexual identity may be particularly uncomfortable for some people to discuss with the people they’ve grown up with. Others have issues discussing politics, notes political psychologist Bart Rossi, because “it relates to their belief system.” Perhaps that’s why over half of all US citizens in 2016 reported that they were planning to avoid political discussion over the Thanksgiving table.

Psychologist Jeanne Safer agrees that it can be wise to identify the topics we can’t talk about with siblings and then respect those boundaries. Before family gatherings, maybe you and your siblings can touch base and discuss which topics you’d rather not bring up. Then, if someone unwittingly steers the conversation in a tricky direction, you can work together to bring it back to somethingthat makes everyone feel safe and comfortable.

Sometimes the very roles we inhabited as kids can affect our adult relationships. Maybe one sibling was cast as the “baby” while the other was the “bossy” older sibling. Maybe one kid was the “smart” one while the other was the “attractive” one. These labels don’t accurately capture our complexities as humans or the ways in which we’ve changed since childhood, yet because these roles took years to develop, they can be hard to break out of. 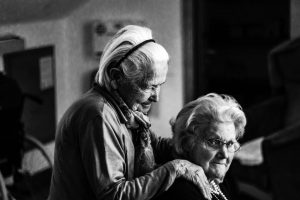 For example, in the book Having Our Say, Bessie Delaney noted that even though she was 101 years old, her older sister still sometimes looked at her with a sort of “big sister” disapproval. Despite their years of experience, Bessie still interpreted her older sister’s glances as those of a judgmental authority figure. Her sister Sadie, in contract, still thought of Bessie as someone she needed to “take care of.”

One way to fight these familiar roles is to make a point of touting ways in which we and our siblings have broken out of them. At the next family dinner, one might intentionally point out how their “baby” sibling was promoted to supervisor, or how their “bossy” brother has been supportive and understanding during a recent breakup. If your physical prowess was never acknowledged in childhood because your sister was a star athlete, you might mention that you’ve managed to meet your new running goal or perform a tricky yoga pose. Making a conscious effort to move past those old roles can open us up to experiencing new ones that better represent where we are in life.

When the Relationship is Threatened

What about when a relationship has or is threatening to become estranged? Consider the reason behind the estrangement; is the issue driving you apart worth losing the relationship over?

The answer might be ‘yes’—if your relationship with a sibling is unhealthy or abusive, it could be best to take a step back. Studies suggest that sibling violence, the most common form of family violence in the United States,  “can inflict psychological wounds as damaging as the anguish caused by bullies at school or on the playground.” That’s not something anyone needs to endure. 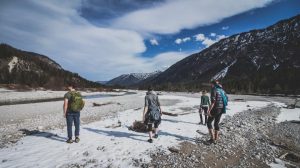 But if the potential pros of a better relationship outweigh the cons, here are a few things to try.

Mental health and relationship writer Laura Revilla recommends taking the first step towards reconciliation. Make contact via whatever medium feels safest for you (email, phone, in person) and explain that you’d like to mend your relationship. “Keep the focus of the conversation on moving forward and finding solutions rather than playing the blame game or bringing up problems from the past,” she adds. If you plan on apologizing for a past wrong during the conversation, consider Psychology Today’s “The 9 Rules for True Apologies,” which offers advice on how to make your apology feel sincere and invite less conflict.

If the issues between you and your sibling seem too intense to handle one-on-one, you might consider meeting with a family counselor. Currently, not as many siblings seek relationship counseling as, say, couples—as of 2016, the ratio was 10:1. Assistant professor of psychology and family medicine Tziporah Rosenberg suggests that siblings don’t typically feel the urgency that couples do to repair broken relationships, since they generally do not share homes, children or bank accounts.

Yet investing in the sibling relationship can be hugely beneficial, especially when a family is going through major changes like the death of a parent or a serious medical diagnosis. Jennifer Parham describes how family counseling helped her and her sister strengthen their relationship after the death of their mother. After not speaking for three months, the two became “fed up” with their lack of closeness and entered therapy. Now, Parham says, she knows “how to talk to [her sister], and I can accept she’s completely different from me, as I am from her.”

What tips have worked for you when it comes to improving your relationship with your siblings? Let us know via social media and we’ll share your ideas with the rest of our community!

Lilly McGee is Viva’s Director of Operations and Communication. A published poet, she enjoys writing about mental health, literature, and identity. Other blogs include “The Psychological Effects of Stereotyping” and “How to Survive (and Thrive) in an Unhealthy Work Environment.“

Our Brains On Sleep: The Work Our Minds Accomplish While We Rest, ft. Melanie Shapiro, LICSW
Next Post: To Dye or Not to Dye? Dr. Julie Lopez on the Difficulties and Joys of Going Gray