The Secret Garden, Frances Hodgson Burnett’s 20th century novel, tells the story of Mary Lennox, a girl who moves to England following the deaths of her parents. As she copes with her grief, she also faces ill health, loneliness and a ton of additional concerns that we now would recognize as major stressors.

As you can imagine, this children’s story from 1910 did not feature a subplot in which Mary works with a trained therapist. Despite this, Mary finds her own path to healing. How? The answer’s in the dirt.

What Are the Mental Health Benefits of Gardening?

Mary’s ability to persevere, and that of several co-characters, begins when she discovers a hidden garden and begins to tend it.

Many of us know people—or are people—who recognize the healing powers of gardening. As it turns out, there is medical research to confirm its benefits.

To start, gardening lowers stress, and does so at a higher rate than other leisure activities like reading. A study from the Netherlands showed that individuals who gardened after a difficult activity showed lower levels of stress hormones and reported better moods than those who de-stressed by reading.

Horticulturist Andrea Faber Taylor, PhD, believes that this is because gardening uses up our attention in an effortless way. There’s plenty for us to focus on as we garden: the appearance of the blossoms, the scents of nature, or the feeling of our hands in the dirt. We don’t have to work to notice these things in the same way that our minds work to process the contents of a book or to type an email. Thus, we are being mindful and focused, but in a way that doesn’t require mental effort. 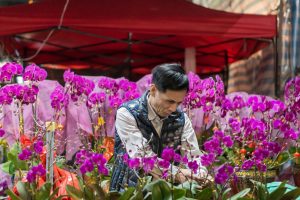 Gardening has also been linked to lower levels of depression. A Norwegian study asked participants coping with depression to spend six hours a week gardening. In only three months, half of the participants had experienced a measurable reduction in their symptoms. Some believe this is because of the joy caused by participating in a new activity, but Dr. Christopher Lowry theorizes that it might be because of a bacteria found in soil that increases the release and metabolism of the “happy hormone” serotonin.

The benefits of gardening aren’t just related to mental health. Those who garden regularly face reduced risk of heart attacks and strokes, and gardening has been shown to prolong life by 30 percent. How? Researchers guess it has something to do with the combination of physical activity and stress reduction involved in gardening.

Still need convincing? The bacteria in soil can improve your immune system, “helping you get sick less” and heal faster. Studies also suggest that gardening can prevent or reduce the impact of certain allergies.

What is Horticultural Therapy?

For reasons like the ones listed above, horticultural therapy has long been used as a therapeutic modality. One population in particular has been shown to benefit from its use: troubled and/or traumatized youth, like Mary Lennox.

A 2011 study at an Ohio juvenile rehabilitation center found that gardening resulted in a more positive self-image and fewer emotional and behavioral issues. 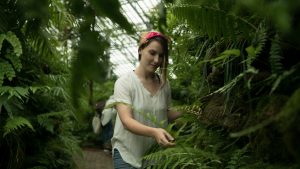 Other organizations like Pacific Quest have been developed with the specific aim of emotionally engaging children through gardening. Pacific Quest, which brands itself as “wilderness therapy,” invites teenagers coping with trauma, depression, and other concerns to heal by building a community around organic farming.

Unsurprisingly, more and more medical establishments are incorporating gardens into their facilities. Johns Hopkins Hospital and the University of Maryland Rehabilitation and Orthopaedic Institute are just two of the many facilities that now feature healing gardens. The University of Maryland garden even has raised beds so that mobily-incapacitated patients can tend to the plants.

Many individual therapists are also turning to nature in their practice. Our own Nicole Armstead-Williams uses techniques like forest bathing and horticultural therapy here at Viva.

So, was Frances Hodgson Burnett radically ahead of her time? While she may not have trained in psychology, she certainly seems familiar with the healing power of nature. It’s fair to say that the title of her story refers not only to the literal garden on Mary’s estate, but to the garden of the soul that blooms when we nurture our mental health.

With a little tending, anything can grow.

Lilly McGee is Viva’s Director of Operations and Communication and supervisor of the Resilient Brain Project. A published poet, she enjoys writing about mental health, literature, and identity. Other blogs include Mental Health on TV and What is Trauma-Informed Care?.

Nature As Self-Care
Next Post: How Running Can Boost Your Mood