Have you ever found yourself repeating relationship patterns that you don’t like or understand? If so, you’re definitely not alone—and Attachment Theory may shed light on what you’re experiencing. Therapist Jacky Casumbal, LICSW, explores the topic below.

“We must look at ourselves over and over again in order to learn to love, to discover what has kept our hearts closed, and what it means to allow our hearts to open.” – Jack Kornfield, author, Buddhist teacher, and clinical psychologist

“The human psyche, like human bones, is strongly inclined toward self-healing.” – John Bowlby, psychologist and psychiatrist, creator of Attachment Theory

How Do Early Relationships Shape Us?

Like many other therapists, I view this question through the lens of Attachment Theory (AT). According to AT, during infancy, we become “attached” to our primary caregivers. In an ideal relationship, that attachment provides us with the stability we need to develop in a healthy way.

Part of attachment involves our interactions with our caregivers. As infants, we are completely dependent on the responses of those around us. Our attachment to caregivers begins during the first 18 months of our lives, with instinctual behaviors like crying or clinging when we need attention. As stated by Positive Psychology, these behaviors are thought to be evolutionary mechanisms that help infants increase their chances of survival.

Unlike the relatively similar behaviors of infants, caregivers may respond with a whole range of reactions. Their responses to our behavior teach us what is “acceptable” and what isn’t. This has a huge impact on how we interact with people going forward.

For example, if, early in life, we express a need for closeness and attention and it’s met with warmth and acceptance, we learned that it’s good to state our needs, and that we can rely on a response. If, however, we express our needs and are met with abuse and/or neglect/non-responsiveness, we learn that it is not okay and/or effective to assert ourselves. We learn that we cannot rely on others for consistent support.

These lessons can have an enormous impact on how we interact in future relationships, including romantic partnerships.

To illustrate the idea, let’s look at an example from the TV show Crazy Ex-Girlfriend. Despite its seemingly problematic title, this show destigmatizes mental illness and therapy, and is deeply feminist in nature. It also serves as a great example of attachment theory.

Rebecca Bunch is a successful but miserable lawyer in Manhattan. After a run-in with her ex-boyfriend, Josh, she decides that she should move to California to rekindle their relationship. Sure, it’s been years since they dated—Rebecca was in braces and Josh was a teenage breakdancer—yet she believes that being with him is the answer to her despair.

As you can imagine, this decision sets the stage for a lot of confusion. It turns out that reconnecting with Josh may not actually fix Rebecca’s unhappiness. Over the course of the show, Rebecca realizes that one, “perfect” relationship won’t resolve years of self-doubt. In doing so, she takes a look at the troubled relationships she had with her parents as she grew up. For example, her father left when she was young, and her mother was distant and verbally abusive.

Through her soul-searching, Rebecca realizes that her desire to be loved by Josh stems from the lack of consistent love in her childhood. Much as she was made to jump through unrealistic hoops to gain her parents’ attention, she bends over backwards to make herself the “perfect woman” for Josh. Just as she compromised her own needs to make her parents happy—going to Harvard, becoming a lawyer, staying out of her dad’s life when he wanted “space”—she compromises with Josh and all the other men in her life.

Both with her parents and with her partners, Rebecca is constantly working towards that one, perfect point when they’ll finally learn to love her and give her everything she needs. Over time, she learns and accepts that such a point will never arrive, and that those relationships are detrimental to her health.

At the end of the series Rebecca becomes more aware of her patterns in relationships and makes some significant changes. She also invests more in her relationship with herself. I won’t spoil it for you, but I will say that it is not your typical rom-com ending.

Though this example is fictional, the idea that our relationships with our parents can set us up for unhealthy patterns later in life is well-established. This may be in part due to a concept called “Internal Working Models.”

The way we interact with others is based in many ways off of our Internal Working Models, or IWMs.

IWMs are a little bit like guidebooks that are based on our past experiences and relationships. They tell us what to expect and how to respond to certain situations. Every time you interact with someone, your IWMs go unconsciously into play. They may have taught you to always smile when you greet someone, or to back down when someone is yelling. Your IWMs are not “right” or “wrong”; they’re simply what you’ve learned. 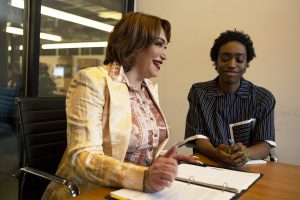 We can speculate that someone like Rebecca, who learned that she must constantly be overachieving and performing perfection in order to get her parents’ attention, would develop an IWM that tells her to do the same thing in all future relationships. Whenever she encounters someone who is emotionally unavailable, like her mother, father, or Josh, she resorts to tactics learned in childhood because they’ve been effective in the past.

Similarly, we might find ourselves repeatedly entering relationships where we perform certain tasks because that’s what we were taught as children. Whether we’re constantly keeping another person happy, solving their problems, or reflecting a vision of the world they want to see, we’re doing it because that’s what got us the best results earlier in life.

All of this information can seem intimidating. How can you fight what you were taught to do all of your life? Fortunately, as AT has advanced, so have our methods for healing from unhealthy dynamics.

Healing Ourselves and Our Relationships

Every day, we’re learning more about effective ways to heal from troubled childhood attachments and IWMs. I like to use body-based approaches that can get you out of your head and provide clarity.

There are many effective body-based therapeutic interventions available, but I will be discussing the benefits of specific interventions that I use which are Brainspotting, Reiki, and a CBT-based skills training intervention by Deirdre Fay called Becoming Safely Embodied.

Brainspotting is a brain-based approach that uses visual stimulation to process memories, feelings, and sensations associated with past events. Many people use Brainspotting to work with “implicit memories,” or memories that occurred so early in life that we don’t consciously remember them. Brainspotting provides a safe space for the client to allow these old feelings and sensations to arise.

Another body-based intervention that I use was created by Deirdre Fay. I find it particularly helpful with healing attachment-related trauma because it is easily accessible to anyone—you don’t have to be a therapist to learn these skills. It was one of Fay’s other training programs where I learned the connection between IWMs and our relationship patterns.

Fay’s method teaches people how to feel safe in their own body sensations through inward reflection. A key component to her approach is slowing down. This is important in making sense of what is overwhelming us in any given moment.

Whenever we feel overwhelmed by an experience, Fay recommends the following:

A third technique that I use is Reiki, which is a type of body-work that encourages the body’s overall healing capacity. According to practitioner Pamela Miles, who has played a significant role in promoting Reiki in medical settings like NIH, Reiki is a form of “applied meditation” in that it focuses on calming the nervous system. Many clients prefer Reiki because it does not require talk, as it is something they can experience through the body. 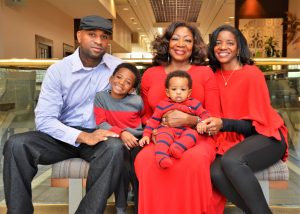 The shared theme of all of these methods is they say that the individual has innate power to heal when given the appropriate space for reflection and curiosity. This in turn can reframe deeply ingrained IWMs about ourselves and others, and help us heal from troubled early attachments.

I have been lucky enough to see many clients use these healing methods, along with the caring presence of loved ones, therapists, and most importantly, themselves, to make sense of old relationship patterns and shift towards dynamics that feel more effective.

You too have the power to move away from relationship patterns that you are unhappy with. If you have any questions about AT or relationships, feel free to email me at jacky@vivapartnership.com.

The Key To Happiness
Next Post: The Power of Music Therapy