Crazy Ex-Girlfriend. 13 Reasons Why. This Is Us.  These are just a handful of the many television shows tackling mental health issues today.

Discussions of mental health on TV represent a radical change. There was a time when mental health was so stigmatized that people avoided discussing it within their families, let alone with the public. In many ways, this shift towards mental health representation is a win. Shows that “do it right” can normalize conditions that might have otherwise felt isolating or shameful. They can also encourage viewers to seek treatment.

Yet we also know that it’s possible to “get things wrong.” A show might have good intentions but ultimately reinforce certain stereotypes, demonize characters with mental health conditions, or glorify self-harm.

Below, we’ll dive into what has (and hasn’t) felt progressive about mental health on TV.

A musical comedy about mental illness? Sounds a bit strange. Yet Crazy Ex-Girlfriend debuted to critical raves, and has become quite the hit among Viva’s clinicians, due to the frank but sympathetic way it tackles conditions such as borderline personality disorder, codependent relationships, and suicidality. (Check out Jacky Casumbal’s blog on how it speaks to unhealthy relationships).

The title itself is a sarcastic nod to our tendency towards stereotyping people dealing with mental illness as “crazy.” “It’s a lot more nuanced than that,” the lead character, Rebecca, says in season one’s opening number. And we see that nuance as we follow Rebecca on her rocky journey towards a healthier life. 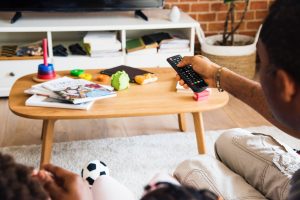 Whether Rebecca is struggling to end her reliance on harmful coping mechanisms, exploring why she seeks validation in the form of romantic relationships, or questioning whether her career makes her happy, it’s easy to relate. We can also share in her wins and take inspiration from her gradual but significant growth over the course of the series. Crazy Ex-Girlfriend knows that there are no quick-fixes to mental illness, but it also knows that things can get better. That’s a crucial message to share.

Another show that’s earning praise for its representation of psychological distress is This Is Us, whose character Randall (Sterling K. Brown) suffers from severe anxiety and panic attacks. Despite the many successes of his life—he’s financially well-off, with a loving family—Randall experiences lingering feelings of dread. He doubts his abilities as a parent and experiences panic attacks so severe they leave him struggling for breath. Audiences have praised both the show and Brown for their accurate portrayal of “how crippling anxiety can be” and demonstrating that personal success doesn’t prevent mental illness.

Shadow and Act also notes the significance of a show like This Is Us taking on the topic of mental health among black men. This is important, as studies suggest that black adults in the United States are 20 percent more likely to report serious psychological distress (even though media representations of mental illness are largely white). These studies also suggest that black men are particularly concerned about mental health stigma. Given this data, shows like This Is Us have the potential to change a lot of minds, and even save lives.

When it comes to trauma, a single blog post couldn’t cover the myriad shows diving headfirst into this topic, so we’ll focus on a single example: Jessica Jones. You might not expect psychological insight from a superhero show, yet Jessica Jones poignantly illustrates how childhood trauma affects us into adulthood. It also showcases how trauma survivors often turn to substance use as a coping tool.

Jessica’s trauma history shows up not only via flashbacks and bouts of isolation, but through her tendency to cope through alcohol use. Jessica may spend her free time beating up bad guys in typical superhero fashion, but viewers know that the true supervillains of the story aren’t the ones who can fly or throw boulders but the ones who live inside her head. Facing up to them is her most challenging task—yet she does it, time and time again.

Not all shows have been lauded for their portrayals of mental illness.

Let’s start with the obvious: 13 Reasons Why, well-intentioned as it may have been, has received extensive criticism for its portrayals of teen suicide and abuse.

In their podcast Pop Culture Therapist, clinicians Kristen Diou and Anna Zapata explain what they believe went wrong. “There were super graphic…scenes and no hope,” Diou says. Viewers were exposed to  upsetting, potentially triggering images such as graphic depictions of suicide and sexual assault. The show and network offered few resources to audience members who may have struggled with these images. While it’s not inherently wrong to expose viewers to upsetting images, the absence of a warning followed by a failure to provide support or hope afterwards was irresponsible.

Further, the complete lack of supportive adult figures in the show risks sending the message that seeking aid from parents, teachers, or other adults won’t help. Yet in reality, we know that social support and connection are major protective factors against suicide. Seeking help can both change and even save lives.

Still others have critiqued the way the show portrays suicide as a method of revenge; for context, the lead character, Hannah, uses her suicide as an opportunity to expose all of those who’ve wronged her. “Revenge as a motivation for suicide is not the kind of message that is healthy or productive to send,” Dr. Kelly Posner Gerstenhaber, director of Columbia University’s anti-suicide initiative The Columbia Lighthouse Project, says.

Moving away from 13 Reasons Why, there are, unfortunately, plenty of other ways to portray mental illness inaccurately. 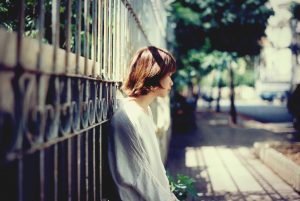 One common and damaging stereotype that media portrayals often fall prey to is the idea that mentally ill individuals are all violent criminals. We see this on shows like Hannibal, Mr. Robot, and Dexter. Yet in reality, individuals suffering from mental illnesses are more likely to be the victims, rather than perpetrators, of violent crime.

Other red flags in portrayals of mental health on TV? Look out for the following problematic portrayal of mentally ill characters:

These stereotypes both negatively stigmatize mental illness and make treatment appear, at best, pointless, and at worst, harmful.

As consumers, we can be more critical of the shows we watch and consider how they may reinforce negative beliefs about mental illness and/or seeking treatment.

Consider the list of red flags in the above section. Does the show you’re watching display any of them? If so, you don’t necessarily have to stop watching that show; it makes a huge difference to just be aware of the ways in which those portrayals are inaccurate and potentially harmful to individuals with mental health conditions. You can also share this awareness with friends and family, who may not realize the problematic nature of certain shows.

Have you noticed anything you’ve appreciated or been concerned about in the media when it comes to portrayals of mental illness? We want to hear from you.

If you’re looking for shows, podcasts, or other forms of media that clinicians have approved for their portrayals of mental health concerns, check out the Resilient Brain Project. This mental health library is constantly expanding, so feel free to tell us about resources you think we should share.

Lilly McGee is Viva’s Director of Operations and Communication and supervisor of the Resilient Brain Project. A published poet, she enjoys writing about mental health, literature, and identity. Other blogs include “The Psychology of Stereotyping” and “How to Survive (and Thrive) in an Unhealthy Work Environment.“

Self-Care For Caregivers
Next Post: Mind-Body Approaches to Trauma Recovery