Why Do We Stereotype?

Researchers have a number of theories about why we engage in the act of stereotyping. Some believe it developed as a way to promote group identity and strengthen the social systems that allow us to survive. Others believe it’s simply a matter of ease, as our brains process categorized information more efficiently.

Yet for every evolutionary “pro” that comes with stereotyping, there are several obvious cons. In addition to popularizing untrue (and often insulting) myths about large and diverse groups of people, stereotyping can have devastating psychological effects on the people being categorized.

What are the Psychological Effects of Stereotyping? 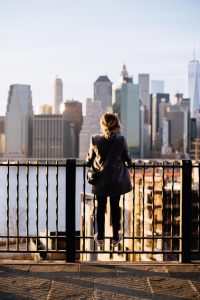 e they feel that they are being stereotyped against. As The University of Toronto’s Michael Inzlicht states in the Journal of Personality and Social Psychology, individuals “are more likely to be aggressive after they’ve faced prejudice in a given situation. They are more likely to exhibit a lack of self control” and “have trouble making good, rational decisions.”

This may be partially because stereotyping affects our neural pathways, altering the ways in which we use our brains to complete tasks. Take the following study, which looked at the effects of the stereotype that women are bad at math. It found that when women performed math problems in environments where they didn’t feel discriminated against, they primarily used the sections of their brain associated with math processing. When they did feel threatened by stereotyping, however, the women showed higher activity in the parts of the brain associated with emotional processing. This had the unfortunate effect of making the women less efficient, completing a self-fulfilling prophecy of failure.

Research shows that even if we know negative stereotypes are untrue, we can still internalize them. This is called “self-stereotyping,” a “process by which people belonging to a stigmatized social group tend to describe themselves more with stereotypical traits.” In other words, when we stereotype someone, they are likely to believe the myths we’re perpetuating about them, which can lead to a negative self-perception.

Many of us have felt rage, or anxiety after being stereotyped. We decided to explore this subject through the lens of the asexual community, a diverse group of people who still face categorization and discrimination in today’s society.

There are many misconceptions surrounding asexuality. For example, one might be under the impression that asexuality is the result of a hormonal imbalance; conversely, one might think that someone is asexual if they choose to remain celibate. 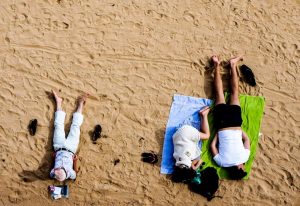 In reality, asexuality is a sexual orientation, meaning that it is not something people choose, but rather an intrinsic part of who they are.

The Asexual Visibility and Education Network (AVEN) defines sexual attraction as such:

But sexual attraction isn’t the only kind of attraction. AVEN also gives us the following definitions:

Someone who is asexual does not experience sexual attraction, but they may experience aesthetic, romantic, or sensual attraction. This is evidenced by the fact that many people who identify as asexual enjoy romantic relationships, with 33% of asexual participants in one study being either married or cohabitating with a partner.

Like the rest of us, people who identify as asexual have unique and diverse experiences with sex and romance. Some may choose to engage in sexual behaviors, while others refrain. Some might enjoy being in romantic relationships, while others don’t. As with every sexual orientation, no two people who identify as asexual are the same. Nevertheless, offensive stereotypes and myths about the asexual community are all around us.

How Are People Discriminating Against Asexuals?

One study showed that heterosexual participants “expressed more negative attitudes toward asexuals…desired less contact with asexuals” and “were less willing to rent an apartment to (or hire) an asexual applicant.” Furthermore, asexual people were often characterized by study participants as either machine-like or animalistic, two oddly contrasting—and offensive—stereotypes. 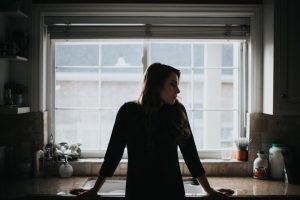 Tales of discrimination and oppression against asexuals abound on the internet. Several users shared their experiences on tumblr, with stories like the following:

Receiving messages like this from one’s peers—that a person is “coldhearted,” “sick,” or “selfish” because they belong to a certain community—can have profoundly negative psychological effects. Many of us can attest to how easy it is to believe the insults people sling at you. If, as a member of an oft-stereotyped group, you hear the same insults on a regular basis, those insults can prove insidious.

How can we fight against stereotyping, both in our communities and within ourselves?

The best way to fight the misunderstandings surrounding a group of people is to become educated on what it actually means to be a member of that community. When it comes to asexuality, more people are being educated daily, and myriad safe spaces have popped up online for asexual and/or questioning individuals and their allies to chat, share resources, and get emergency help.

AVEN, for example, is the largest online network for the asexual community, and provides acceptance, discussion forums, and educational information. Other resources include The Trevor Project, which offers crisis intervention for LGBTQ+ youth, and the website for Asexual Awareness Week (October 22-28), an international campaign that seeks to educate the world about asexuality. To support these causes, you can find out how to donate time or money on their respective webpages. Our free mental health resource library, The Resilient Brain Project, also has many tools on identity and discrimination that you may find useful.

Additionally, we can heal the wounds that discrimination has inflicted on us. Speaking with others who’ve experienced stereotyping can normalize our experiences and provide us with coping tips. Plus, it always helps to have a friend to call when you’re feeling particularly upset or isolated by your experiences. 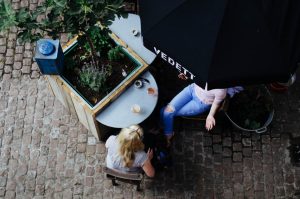 Even your friends who can’t necessarily relate can be of help. It’s important to allow your social circle to remind you of your self-worth, even on days when you yourself may doubt it. Your friends and family members may also be able to affirm you when you feel mistreated.

Working with a therapist who is experienced in issues of discrimination can help to separate any negative beliefs we’ve absorbed about ourselves and respond to instances of discrimination. If you’re particularly interested in fighting the effects that stereotyping has on our neural pathways, consider trying out brain-based therapies such as EMDR or Brainspotting. These therapies can access our neural networks and allow for opportunities to alter them.

Is there any particular tool that has helped you deal with discrimination or stereotyping in your life? Let us know on Facebook or Twitter, or email info@vivapartnership.com, and we’ll share your ideas with our community. We appreciate any and all input you have to offer! 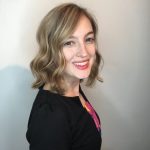 Lilly McGee is Viva’s Director of Operations and Communication. A published poet, she enjoys writing about mental health, literature, and identity. Other blogs include “Mental Health on TV” and “How to Survive (and Thrive) in an Unhealthy Work Environment.“

How to Feel More Rested (and Less Stressed) on a Busy Schedule
Next Post: Our Brains On Sleep: The Work Our Minds Accomplish While We Rest, ft. Melanie Shapiro, LICSW